"Throughout the vast shadowy world of ghosts and demons there is no figure so terrible,no figure so dreaded and abhored, yet dight with such fearful fascination, as the vampire, who is himself neither ghost nor demon, but yet who partakes the dark natures and possesses the mysterious and terrible qualities of both" - Rev.Montague Summers.


The above reference from Twilight can be taken as an instance as to how vampires are ought to be looked upon, as creatures in beastly form but not actually the performers of the beastly things! Stephenie Meyer has done a remarkable job in bringing out a new definition of vampires by adding extra fragrance to the divine scent of love by narrating out an extraordinarily ordinary love story between a human and a vampire.All a vampire quests for,through out it's scornful life,is to get the perfect Human to cling upon but when Edward,the main heroic vampire figure of Twilight Saga,discovers his personal brand of heroine, Bella,a simple girl from Phoenix,Arizona,the author comes up with,"so the lion fells in love with the lamb"! 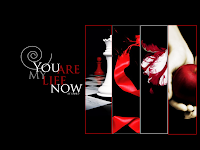 The irrevocable relationship knitted by the female writer brings out her fanatic power of imagining such a peculiar and lovely piece of work.
The Twilight saga contains The New Moon, The Eclipse and the Breaking Dawn with Twilight being the first in the series.Each part precede with the relations of the the animal hunters,the Cullen clan with other blood seeking vampires and the werewolves living disguising themselves as the commoners along with the consequences due to the intimate love story of Edward and Bella.Overall look of the series may not give a feeling of an ascetic romantic novel but the inside crusts of the books hold unexplainable lustrous pieces of love bond between a problem seeking girl and a perfect for everything vampire,Edward ,world's best predator.

The story actually revolves around some myths and legends prevailing in the city of Forks, that the city has been home for some friendly vampires along with their foes,werewolves,also living among the commoners,leading a normal life.Story begins with Isabella alias Bella moving to live with the Charlie, Police Chief swan of Forks,after her mother Renee decides to move along with her new baseball player
boyfriend,Phil.Bella gets herself registered at the towns high school,Forks High School and get friends with the new girl admirers,Eric and Mike and the always prattling girl,Jessica and the placid girl Angela.And then there were the most talkative students of Forks High School,Emmett Cullen and Rosalie Hale,Alice Cullen and Jasper Hale,making up wonderful pairs and Edward Cullen still waiting for his perfect match,the adopted and foster children of Dr. Carlisle Cullen and Esme Cullen.

They were always together,like together together and lived outside Forks.Their appearances and being distance from everyone were obvious reasons hinting at something strange about them but the event of Edward saving Bella from being crushed under a truck driven by an impassive student,Tyler brings it out to Bella as well as the readers that the Cullen's were just not simple people but something more so mysterious yet to be discovered!Cullen's disappearance on the bright sunny day,the legends about the cold ones told by Jacob Black,pale skinned Cullen's sitting at the lunch tables but not eating anything,strong and fast rescue act of Edward protecting Bella,eyes that shift color,cold touch of Edward were enough reasons to make up Bella to walk up-to Edward and confront him being a Vampire!And this is the point where the sweet love story continues with many ups and downs separating the lovers but uniting them again never to be separated. 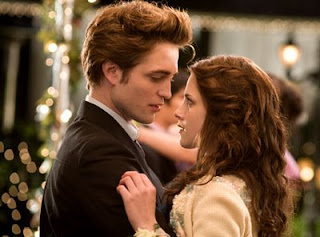 The best part about Edward is his being a vampire and his plausible yet enigmatic feelings en-capturing Bella to the allure of his love.Bella has no idea how torment his blood thirsting part can get but she trust him irrespective of the known truth that her blood is all that can quench his thirst.Vampires can't have the intake of 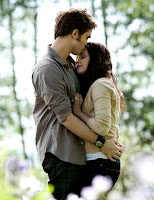 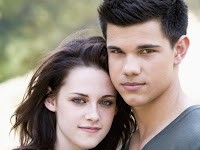 normal human food but Edward eats a slice of Pizza for the sake of curbing the curiosity of his love knowing the fact that all he tasted meant dirt to him but the dirt won the everlasting faith of Bella that she trusts her life when at the end of the novel Edward is asked by Carlisle to sip venom out of Bella's nerves.
Here we get a hint of the degree of Edward's love for Bella ,as how hard it would have been for an animal hunter and a blood sucker,not anymore,however ,to eat grass' products and stop sucking the blood  when given a viable chance to sip out every drop of blood.They both are forbidden to be in love,yet Edward stubbornly makes Bella to believe that he loves her more than what she feels for him,depicting the true theme to be the first condition to be in Love! 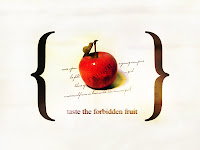 It's strange how someone can love someone so much but yes even if you haven't met your perfect alias you cant prejudice that true love doesn't exists anymore.Absence of evidence doesn't imply evidence of absence!True love always finds its path no matter what all difficulties life imprints in the course and no matter  what all tricks destiny tries playing with the souls but love finally wins over all evils.It's quite amusing to think of a love story packing a normal human soul and a vampire but when seen through the eyes of Stephenie, it really looks plausible for such kinda story to be true,although the whole concept of vampires hasn't been approved by the society but ignoring the mere fact of existence of vampires if we concern ourselves with the plot given by the author ,its quite scintillating ,to see a normal love story through the glasses of the aberrant 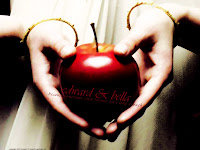 world and the theories prevailing.You love someone so much that you try protecting that person from everything ,by being  with her even knowing that the greatest danger to her is none other that you,yourself! Edward fears he may ever lose control of himself with Bella but it's Bella's faith in him and his long years practice to control his human blood thirst that they both are simply so much in love with each other that they are,inseparable,to be precise. 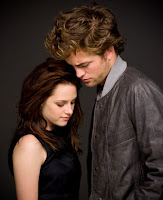 You do everything to make the other one comfortable ,simply everything because it's this placid smile on the other ones face that makes your day.Twilight doesn't comes touting the aspects as to how to love someone but it surely does reveals how to truly love someone, with no new tactic but being your natural self,giving your soul to the other one and being the other one's reason to smile.And this all what makes Twilight so special to me.I have been through many love stories ,novels,articles quoting to be from real life experiences but

nothing has ever struck my mind more than this agonized love story of Edward and Bella.In general,those three words,some acts of making love,planning love trips,deciphering the likes and dislikes and problems concerning home and society and the heroic end to all the above stated problems is what is usually displayed in the books claiming to be Love stories but none of them explains that love can build just with a keen look to talk but not allowed to talk,desire to be with the other one but forbidden to even think about that,want to laugh and  hang out with your love but the fear of hurting that person keeps you away.All these things are what makes Twilight special for me 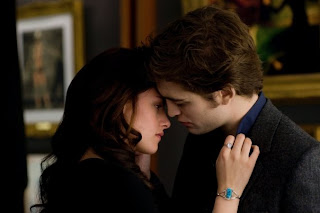 .Edward and Bella are just no simple couple but a great couple because their compassionate love just doesn't died Edward being a vampire and Bella being a Human,but it continued with not only the vampire family accepting the human but also Bella trying her level best to make her love acceptable to her family as well as the werewolves,Jacob Black and Sam,the enemies of vampires.Its really inspiring how they both manage to create the poise after every trouble that shows up when it was least expected.But as said Love wins over all evils. 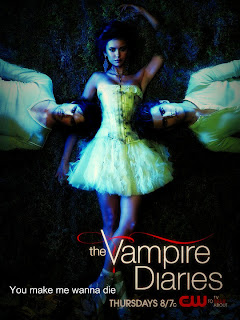 Sometime back someone was stating Twilight to be a mere copy of another vampire series by L.J.Smith, The Vampire Diaries,a very twisted vampire love story with all the necessary ingredients of making a big novel hit,including love,sex,and emotional drama of friends ,brother sister as well as witches and wolves adding the
extra spice to formulate the famous American T.V.series to be anticipated watched out by almost every teenager.Both the novels may have been build on the common point of vampires but they are totally different when it comes to the main plot as well as the representation of the real world ant their world,vampires' one,and this what I refer to be the main thing clearly separating the two novels far apart from being a mere copy or even one being inspired from the other.The Vampire Diaries involves two love struck brothers living in the present age with one elder brother making out troublesome for his younger brother loving a girl which looks like a girl named Catherine,seem out to be the vampire who transfigured both of them into vampires some 150 years ago.Now they both are back to know all the possibilities as to why this resemblance has taken place after 150 years in the same city where Catherine and both of the Salvatore brothers lived.

Twilight while brings out the sweet face of Love along with the ups and downs as a matter of consequence of a vampire falling for a human girl,The vampire Diaries brings out the Love story twined between lust,greed,hatred and last but not the least ,all the bad creatures realizing they all have some good part left in them ,it's just they have to figure out how to make that thing come out of their dark hearts.I myself have been through both the series and I feel just like no two humans share the same DNA or the same fingerprints ,but can have some common factors being the children from the same family,The Vampire Diaries and Twilight too doesnt share or can be seen as a copy of the other as that would only be an insult and nothing else but U do agree that they both have the same element which mesmerizes and allures one and all ,that is,the Vampires! 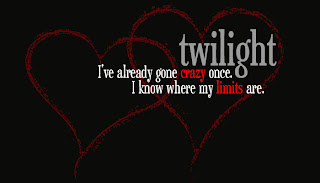 Email ThisBlogThis!Share to TwitterShare to FacebookShare to Pinterest
Labels: Articles

scornful : rejected or refused as unworthy.

fanatic : excessive zeal,enthusiasm about something inspiring.

predator : creature that seizes and devours another animal.

prattling : behaving or speaking in a childish manner.

prejudice : an opinion or judgment formed without prior examination.