From long, the thought of shouting it all outloud on this blog space was wandering in my mind.
And what other than this time could be best for taking up the 10 day challenge.
Blog's birthday is round the corner, and so From today, every day, a post on the challenge will be updated. 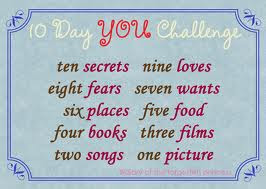 It's hard to be honest when you are not watched. But sometimes it feels great to open up to people who follow you virtually. You may not know the person in real but you admire her writings and wish to know bad and better about the blogger.

A chance to be truthful to the readers and to open up mind to new challenges. Love the theme?
Keep Reading ....
Until then.. Keep smniling and spreading the love :)
Posted by Smita at Sunday, February 16, 2014 No comments:

The blog is about to complete 4 years.


It was only yesterday that the idea had popped up In my mind to put my thoughts to blog.


I had never thought it would be such a long time so early.


And now here it is. Birthday time again.


Happy Birthday of the blog is coming.


Yes, Pages From, Diary of a Lost Girl is going ot be 4 years old this 28th February. So what are we waiting for….Time for some new milestones to be set, some new things to be set and some new trends to be followed. Time for some fun. So the whole next week, let’s see some action up here.

I want Nobody.
Nobody.

Absolutely nobody is required, to show sympathy, pity on my life.
I am simply doing fine all alone.
I know my life is worst, that one can think of, but I have the courage to
handle it all alone.

And please let me face it.
Face it and scare it off !
As I have the faith and belief that I can win over it all.

Hardships are there
and so are the hurdles.
But I have the determiniation
And the strength to handle. 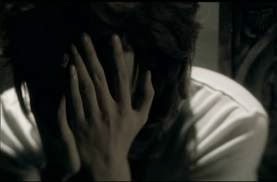 
“Then why you still wanna pursue it”


“I just want to, because my heart says so”


The girl was not sure about the whole thing. Neither was the guy.


But he had guts to tell her about his feelings and he had the guts to reciprocate the same.


She appreciated the fact but had other thoughts.


“If mom and dad won’t agree then I will be shattered and I will shatter a heart which loves me this much. It’s like a fairytale and it can’t be true. I am dreaming”, she pinched herself.


“Only remember that I love you. I love you more than anyone can ever love you in this world. And the only thing that keeps my heart beating is my dream that we will be together one day.” And he disconnected the call.


There he was, holding his cell phone in one hand, texting her what his heart wanted to say to her to instill confidence in her about their relationship with a picture of hers in another hand and there she was, sitting by the window, watching rain falling down while her tears flowed down too.


They were madly in love with each other. The both knew it but were afraid of the consequences. Mature enough to think about everything but kid dish enough to hide it from each other. They had no platform to build their love home on but he had given her all the reasons to dream about having one such home.


And so goes the story.


They were together in school. Sarika and Vishal, standard 5th, classmates.
Continued ....
Posted by Smita at Saturday, February 08, 2014 No comments: