Why would somebody do that?
What thought is behind this action?
It's something that she's not used to!
A different treatment!

A step onto the stairs but a preference was given. Specifically she was asked to step first.
Something that doesn't happen to her everyday.
Not that she has not been with guys earlier and not that she hasn't been given a special treatment before.
But this was something that had never happened.

As small and insignificant this may seem but was not at that moment.

Men tend to have bigger egos than women. This is how they have been made. Women are easy to break but men are tough! It's hard for them to put someone else before them. But here he had her before her.

This might be not new for him but was new to her.
This might be something he does to every girl but no guy had done it yet for her.

Coming back home from college, she was walking behind him.
He was to open the gate and she was to follow.
Gate was opened wide and was thrown back in sudden flash.
What happened took her by surprise!
"Is this the same person who used to ask her to go first or at-least take note that somebody is following", she thought.
Might have been an upset situation, might have been a tensed state of mind, might have been her doing something to piss him off.
This wasn't imagined but this is what happened. And a happy moment was erased.

This wasn't something on the list of expectations but it's hard to ignore it after making someone habitual of that. It takes time for people to forget about the special things but it happens and happens with a pinch of pain. Funny that people make you used to certain things that they start and when they stop doing that, you are the only one missing it being done! 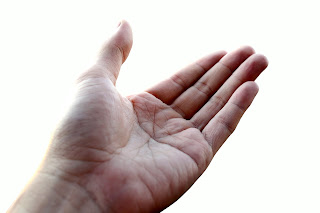