"Hi", she said waving at Rahul.

"It's 5:30", he sorta complained. He wanted to make her realize how hard it is for him, to even pass a minute without her in the library, when she is supposed to be with him.

"I tried your number too. But it turned out to be busy, every-time I called."

"Busy! Oh yes, I was just talking to somebody. Leave it now, I am here", she said in a little irritated voice.

"Okay okay. I am not saying anything."
"Hope you got the first tutorials of differentials with you."

"Yeah, I have those."
"Here,", and she handed the tutorial pages to him.

"Yeah, exactly. So let's start with the basics."
"See, Here you have all the basic formulas that you will be needing throughout the........", and he started briefing him all the principles, formulas and concepts of differentials. Namita was a sincere student.

She said she was talking to some friend. Actually, she was talking to Samarth. They had a fight on taking lessons from Rahul. But why didn't she tell this to Rahul? Ofcourse, Rahul has no idea who Samarth is, and would definately not like to be somebody's issu of fight, but simply telling him that she was talking to her boyfriend wasn't a big deal! But she kept it a secret from him. Why? 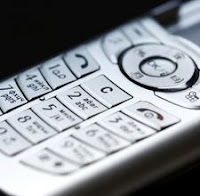 After some time, some one hour, a call flashed on Namita's cell phone.
She saw the caller's number, turned it down and engaged herself in her question again. The cell phone again vibrated. And she didn't quiet seemed to be distrubed by that. But Rahul was.

"Why don't you take that call? ", he said, pointing to her cell.

"No, I don't wanna talk to the person who's calling",she replied, a bit irritated.

Rahul didn't seem to be quiet pleased with her aberrant behavior and asked,"Is everything okay Namita? Or you wanna share something with me?"


She looked at him. He was there to listen all that she wanted one to hear. But how can she tell him everything? Everything? How can she.

She controlled her emotions,"No, nothing. I just had a fight with my old friend. And it's him who's calling. I don't wanna talk to him right now. So let's just ignore all this."
"I am unable to get pass through this step. Can you tell me where I am wrong", and she turned her notebook towards him while the cell phone was still vibrating.

They were done after an hour. Namita was about to say bye to Rahul when the cell phone again vibrated. The same number flashed on the screen. It was Samarth's.

"I better take this now as we are done for the day. So I will see you tomorrow then I guess.",Namita said collecting her books from the library table.

"Okay. Bye",and she answered the call. She was still collecting her things and talking on phone. And Rahul got a chance to hear a bit of her conversation.

She came out of the library, still talking on phone. Rahul could see her from the window. He was on library's first floor and Namita was now out of the building. She jujst kept on walking impatiently, talking or rather arguing on phone, which could be clearly made out from her gestures.

"What is it that you want Samarth? When I told you that it's nothing, why don't you believe me? Why don't you trust me? What have I done to bring you down, ever. Huh?"
"Tell me. Do I look so cheap to you that I will double time with you? Really?"

The conversation was getting tensed, second by second. Samarth wanted her not to get any lessons from Rahul. He wanted her to ask some girl from her class to teach other that a guy. In short, he was doubting Rahul and also his girl, Namita. Long distance relationships do have such evil coming their way but not if the girl and the boy are honest and serious. And in this case, they both were! But the evil of doubting somebody, is something that can never be resolved ! Samarth was doubting her Love and Namita was in no mood to let down her ego and pride on this. And why would she, when she knew she wasn't wrong. She just had to get this in Samarth's mind. She knew, he was a hard guy but to avoid such things for once and all, some harsh steps were necessary. 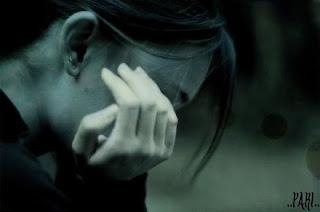 "Samarth, If you really don't trust me, then I guess it's time to simply call it off!",and she ended the call, all drowned in tears.
Rahul saw her. He saw her crying. He immediately ran downstairs to pacify her.

Call it off? What? Break up?
Namita and Samarth are having such a serious fight? Namita was a very soft hear-ted person , but today she seemed to be someone else. Why was she so pissed off at him? What could be the reason? Is Smarth's Insecurities going to bring down their relation? Is their love story gonna end right here? Really? Is this the end of Another Two States? So Early? I know you won't be thinking so, but who knows !
Posted by Smita at Tuesday, June 14, 2011

Please write the other parts soon :)

Please write the other parts soon :)